After diesel comes what?

Tempcon Group has high environmental goals and will develop, offer and carry out transports with the least possible environmental impact. We must also have such know-how and action in the environmental area, so we are at the forefront of our industry. An important part of this is to be part of the reduction of, among other things, carbon dioxide emissions where there are clear and tough national as well as international goals in the coming years. To achieve these goals, fossil fuels must be phased out in the long run, but what are the alternatives? Here we list some of these and look at their pros and cons.

Biodiesel
HVO is a type of biodiesel made from tall oil or slaughter waste. RME is another type of biodiesel made from rapeseed. HVO and RME help to phase out fossil fuels and are an important additive in today’s fuel to achieve the requirements of the Reduktionsplikten. At the same time, supply is limited and this in combination with high demand means that biodiesel is not seen as a long-term solution to achieve the goal of reducing emissions from road traffic by 70 % by 2030. This is even though it is an important factor today. It should also be added that there are dubious biofuels where the raw material cannot be considered to meet the requirements for sustainability. Something that of course must be seen as a decisive factor when talking about sustainable fuels. Today’s legislation has, however, made it more difficult to cheat, which ensures a better product even in these cases.

Biogas
With rotten residual products from agriculture as manure and slaughter waste, biogas is produced. A positive side effect of the production is that after extracting biogas from the manure, the raw material has been refined during the process and gives a new manure with considerably much better quality. Liquid biogas plays an important role in the transition to transport with less climate impact, especially regarding heavy traffic. The government has invested large sums of money in biogas and the strategy is that it will exist for many years to come. Sweden’s investment in biogas is a bit unique from a European perspective as several countries there are instead investing in hydrogen. Something that many of our biogas stations are actually prepared to handle today.

Electric
Electric vehicles have had a major impact in recent years and are perhaps what is currently most associated with sustainable transport solutions. At least when it comes to lighter vehicles. At the same time, the development in terms of heavier vehicles, mainly in the distribution sector, is very fast and Tempcon put one of Sweden’s first 100 percent electric vehicles into daily operation last year. In the case of heavier vehicles that travel longer distances, the electricity is not yet commercially viable. As a large battery capacity is required to drive long distances, it has a negative effect on the load capacity. In addition to limited battery capacity, there is also a challenge in having a well-developed network with charging options and an electrical network that can withstand the pressure. At the same time, the development of more efficient and lighter batteries is very fast now and already within a couple of years we will see heavy vehicles for long-distance transport on our roads. An alternative to this is so-called electric roads. The Swedish Transport Administration has investigated the issue and looked at three different techniques; charging via pantograph, ie in the same way as trams and railways, charging via road contact and induction charging. Here, too, a lot will happen in the coming years. Although electric vehicles themselves are positive from an environmental point of view, it is important from a holistic perspective not to forget the manufacture of the important batteries. That it is done with as little environmental impact as possible and that the batteries are recyclable when it is time for scrapping.

Hydrogen
A fourth and very exciting alternative is hydrogen. In a short time, it has become what more and more people hope and believe will be what will be able to fully replace fossil fuels in the long run. Hydrogen as an energy carrier has the advantage that the only emission that comes is pure water vapor. Hydrogen-powered cars could then be a complement to electric cars, not least in terms of longer and heavier transports. The advantage of hydrogen, compared to electric cars, is that it is quick to refuel. As fast as today with fossil fuels. Before hydrogen will become a real challenger to fossil fuels, there are four main challenges to deal with; production of so-called green hydrogen must be greatly expanded, vehicle manufacturers must develop vehicles for hydrogen to a greater extent than they do today, although there are many exciting projects underway, incentives from governments are needed to reduce costs and a distribution network must be developed for hydrogen around Europe. 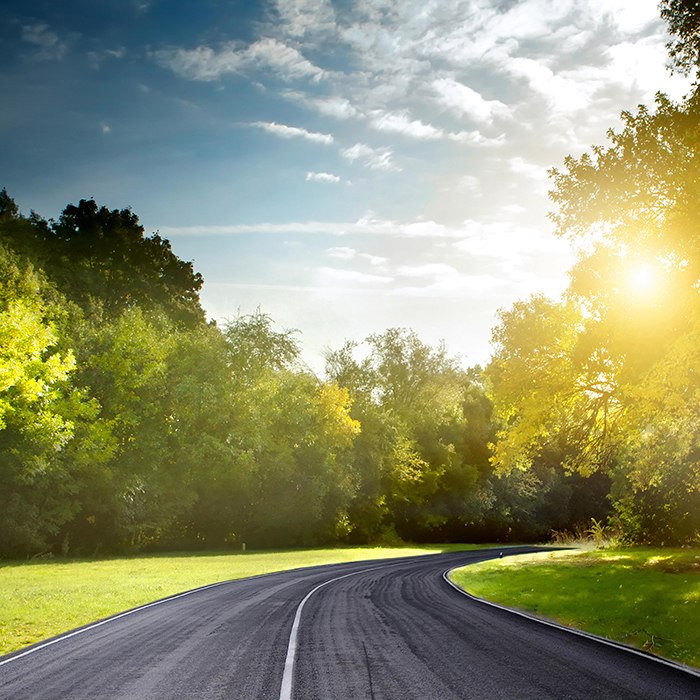