For us at Tempcon Group, sustainability issues are high on the agenda and environmental issues have always been a priority. According to the Paris Agreement, we must have a fossil-free vehicle fleet by 2030, but many of our customers are already demanding that that goal be achieved in just a couple of years, in 2025. One factor in reaching this goal is the use of alternative fuels such as gas. Today, the use of LNG (Liquiefied natural gas) and LBG (liquid biogas) is an important step on the way to sustainable transports. Some who invested a lot in this during the past year are our subsidiary Mörarps Frystransporter.

Last year they got their first gas car, a Volvo with a 3.90 meter long wheelbase to accommodate the large gas tank that gives a range of 700 kilometers. It has since operated in two shifts seven days a week for up to 17 hours a day. A little less on weekends. The gas truck has operated a local loop in the areas around Helsingborg and brought in mainly fruit and vegetables from various external warehouses to one of Sweden’s largest grocery wholesalers’ collective loading terminal. The long trailer from VAK that hung behind makes driving more efficient as you don’t have to handle two units when loading and unloading.

With good results from the first car, in 2022 they invested in four more gas cars, the latest of which went into operation in August. Through that investment, the company’s vehicle fleet now consists of almost 40 percent gas vehicles. To have as low a CO2 footprint as possible, they only refuel with LBG and they have also equipped trucks and trailers with hydraulically driven generators of the Ecogen type, which are also powered by the gas drive. That way, you get no emissions from the cooling units.

With today’s technology, we get the performance of a gas car equivalent to that of a diesel engine. One of the most important advantages of using gas is the reduction of CO2 emissions. With LNG, the reduction is immediately around 20 percent. When using LBG, the reduction can be as great as 100 percent. We at Tempcon see the use of gas cars as an important part of achieving our environmental goals. Through the use of gas and other alternative fuels, we contribute to building a transport system with a significantly lower environmental impact. An important step on the way to becoming the leading logistics company in the Nordics when it comes to temperature-controlled goods.

Some facts about gas:
LNG (Liquiefied natural gas) is a fossil gas that is extracted from the ground. When it is cooled down to about minus 161o C, it assumes liquid form and becomes LNG. In frozen form, the fuel takes up significantly less space, which makes it possible to take significantly larger quantities with you, which in turn increases the range. Another option is BioLNG (LBG) which is a renewable fuel that is in practice liquid biogas. The fuel is produced from organic waste that is digested. LBG is then handled as LNG and frozen for better utilization. 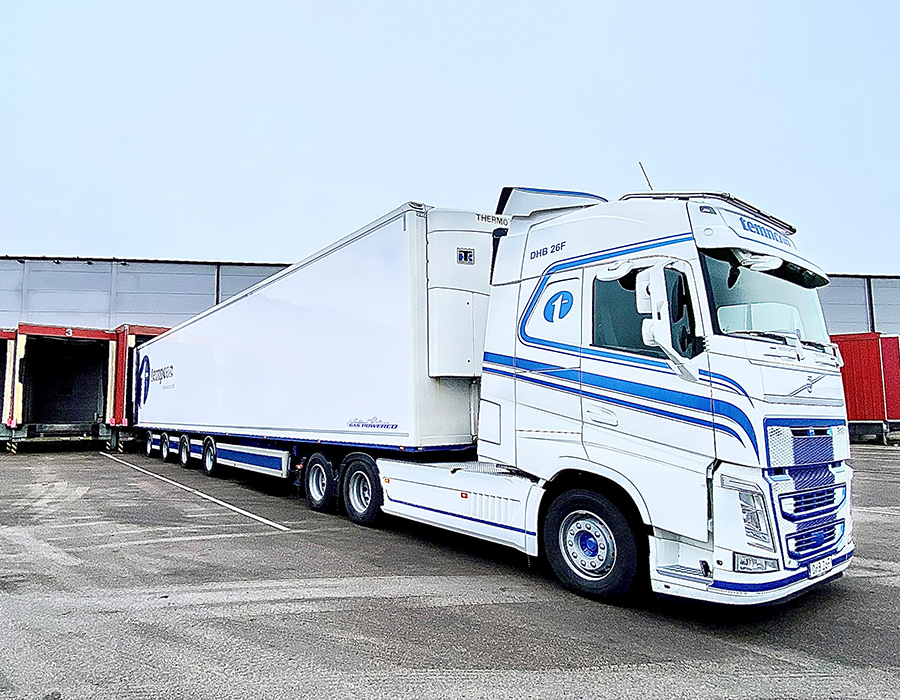