Every third CEO is a woman at Tempcon

The proportion of women who are CEOs of privately owned companies in Sweden is approximately 17 % according to new statistics from Statistics Sweden. If you look specifically at listed companies, the figure is as low as 10 %. With us at Tempcon Group, we can note with the subsidiaries that every third company has a female CEO, i.e. 33 %. We have met these three for a discussion about the role of female CEO in a male-dominated industry.

The three are Ann-Sofie Törnqvist, CEO of Tempcon Linköping, who started in the industry as a 25-year-old when she took over the role of CEO of the family-owned Fågelsta åkeri. After a few years at NCC, she is now back in the transport and logistics industry since December 2019. Fia Andersson, CEO of Syd Frys and Mörarps Frystransporter, has for thirty years worked in various roles at one of the major food wholesalers in Sweden. Among other things as a project manager, in various financial roles, with agreements and for five years as transport manager. The third CEO is Cherie Svensson, Tempcon Stockholm, who since childhood worked in the haulage company that her father once formed and which can be said to be the embryo of what is today Tempcon Stockholm.

Looking back on their professional careers, a common denominator is the three of them mention that they have had to work very hard to prove that they are as good and capable as their male colleagues. You experience it as if you have to prove your competence in another way. This is a position that is often repeated in the extensive research that exists on male and female leadership. Especially when it comes to women who work in male-dominated industries such as the construction and transport industry. However, it is felt that the work within Tempcon is generally reflected in the fact that everyone works very hard to develop the businesses.

Although it is easy to end up in generalizations and stereotypes when discussing female and male leadership, the three agree that there are actual differences even today. Even though you are clear in your communication, you are not listened to all the time. We should be equal, but are we really? When you do not get your message across, it is better to go back and try to find a new way, they think. The problem does not really lie with the female leader but with the recipient. If one is to have a dialogue, there must be a sender and a recipient and there must be respect from both sides. It cannot be one-way. At the same time, Cherie thinks that the issue of respect is to some extent age-related. Many times, younger employees and business partners find it easier to listen and have a dialogue.

Do male and female leadership then differ fundamentally? Yes, all three say. If you generalize, female leadership is more involved, says Fia. We women are probably generally listening and open to change. Women more often build a set of values ​​based on seeing staff as an asset. For female leaders, of course, the goal is as important as for their male colleagues, but the path to it may not always be as straightforward as for men. There is also a lot of research that confirms that diversified management teams and boards with a variation of gender, age and ethnicity are more dynamic based on the possibility of more perspectives before the decision-making process.

Being a female leader in the transport industry has historically been very lonely many times. The role models are few and the opportunity for exchanges of experience is limited. Something all three would like to do more is to inspire young girls who are facing the choice of career path for the future. The transport industry is a fun and eventful industry, says Ann-Sofie. There is speed and fun and one day is not the same as the next. The only question is how we reach those who could imagine working as a driver, traffic manager or administratively in the transport industry. Lecture in schools, attend fairs and seminars. One thing is for sure, however, the three conclude, more, visible, female role models are needed in the transport and logistics industry. 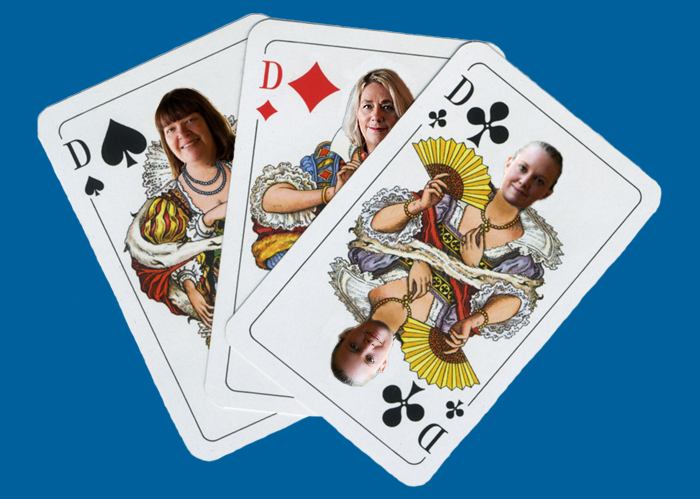