Hydrogen in the vehicles of the future

Emissions from transport on our roads have to be greatly reduced in the coming years, and we have in previous articles told about Tempcon’s investments in both gas cars and electric cars. Just a few weeks ago, additional gas cars were put into operation and they now make up an increasing share of the vehicle fleet.

Something that is discussed in parallel with gas and electricity on the market is hydrogen. Even though it is a few more years ahead in the time for a larger production, the first vehicles are starting to appear on the roads. Hydrogen is for many a very important complement to, for example, electric power, especially in terms of longer transports.

Vehicle manufacturers that we in Europe are not so used to seeing as manufacturers of heavier trucks, such as Hyundai and Toyota, have advanced projects. Hyundai has promised 1 600 hydrogen cars in operation in Switzerland by 2025 and at the same time Toyota, together with Kenworth, are now testing hydrogen-powered trucks in the Los Angeles area.

But even closer, hydrogen is making progress. Last year, the Norwegian food wholesaler Asko put four hydrogen-powered distribution trucks into operation delivered by Scania. The trucks have a gross weight of 26 tons and have undergone extensive rebuilds to adapt to hydrogen operation. The internal combustion engine has been replaced with a 90 kW fuel cell stack, a 56 kWh lithium-ion battery and storage equipment for 33 kilos of hydrogen. The range is estimated at between 400 and 500 kilometers.

Many of our other European truck manufacturers have also in recent years started various development projects and entered into collaborations. As recently as December last year, H2Accelerate was presented, which is a collaboration between the Volvo Group, Daimler Truck AG, IVECO, OMV and Shell. These companies have committed themselves to working together to create the conditions for the introduction of large-scale hydrogen trucks in Europe. And the goal is tough, already in the second half of the 20s they want to see over 10 000 hydrogen-powered vehicles on our European roads.

The Volvo Group and Daimler Truck AG have since continued their joint work and a few weeks ago they officially went out with the basic features of their cellcentric development plan. That are the companies’ new joint venture in the field of fuel cells. It is based on a commitment to accelerate the use of hydrogen-based fuel cells for, among other things, long-distance transport vehicles with a planned start of production in 2025.

What is often highlighted by vehicle manufacturers and other stakeholders is that a common political framework for hydrogen must be created within the EU, so that the technology can become a commercially viable solution. It is about everything from infrastructure for filling stations to tax rates.

But what then is hydrogen?
With hydrogen, you can store, transport and provide renewable energy from, for example, solar and wind. By using hydrogen together with fuel cell technology, you get exhaust-free vehicles where clean water is the only emission.

Hydrogen consists of two hydrogen atoms and has the chemical designation H2. Hydrogen is both the most common and the lightest element. At room temperature and normal pressure, hydrogen is gaseous. The energy density is high per unit mass, but low per unit volume. The later makes it challenging to store and transport hydrogen efficiently. The most common ways to store hydrogen are either in compressed form at 200–700 bar or in liquid form, which it assumes at minus 253 degrees Celsius.

Hydrogen is also an energy carrier just like electricity. This means that hydrogen is not a primary energy source but can be used to store, transport and provide energy. The flexibility is great because hydrogen can be produced from all types of energy sources. Hydrogen can be used as energy in fuel cells. A fuel cell is an energy converter that can be used in an efficient way to convert the chemical energy of hydrogen into, for example, electricity to power an electric motor. 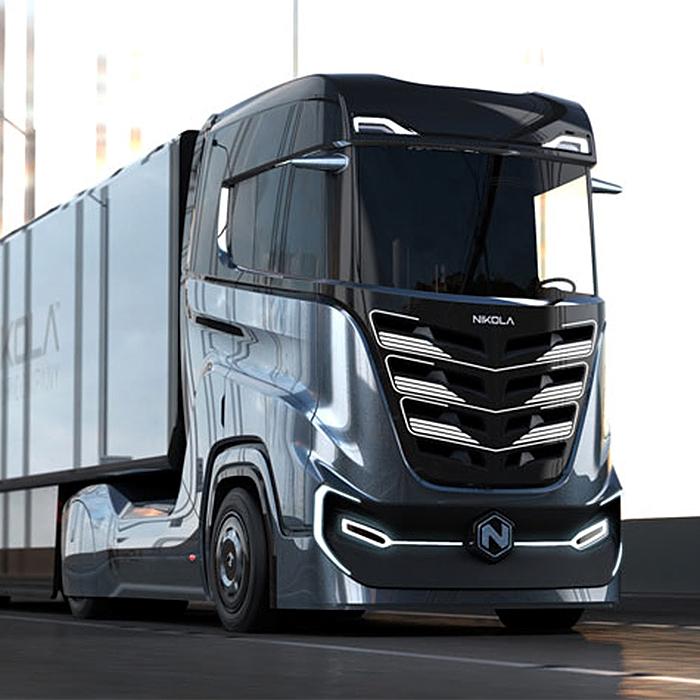