The development of so-called last mile transports has exploded during the pandemic, which we at Tempcon noticed in several of our subsidiaries. Through collaboration and a fast-paced organization, we have been able to quickly supplement with resources to manage demand. But how will Last Mile transports develop in the future? This week, the feasibility study Energieffektiv sistamilen distribution av dagligvaror genom nya samverkansmodeller was presented, which is a joint project between Chalmers Industriteknik and VTI on behalf of the Swedish Transport Administration.

The purpose of the project is to generate new knowledge for the development of logistics solutions that enable energy-efficient last-mile transports in different contexts. In addition, they want to evaluate the effect of these in terms of goal conflicts and effect goals such as transport efficiency, the use of fossil-free fuels and reduced mileage. In order to get an idea of ​​the current situation, trends and thoughts about the future, a questionnaire study was conducted with 3000 respondents and in-depth interviews with a number of actors within the groups of goods owners, box suppliers and transporters.

The survey study clearly shows what makes people start e-shopping or increase their e-commerce – free shipping and lower prices. Free shipping has in many contexts become synonymous with e-commerce, which is a paradox as it can generally be said that last mile transport accounts for about 50 % of the total transport cost. At the same time, the study indicates that last mile transport, regardless of whether it is click and collect, box solution or home delivery, reduces car travel and that e-commerce has today become a basic channel for many households to supply groceries.

Although Last Mile transport is currently very much associated with the big cities, intensive work is being done in many places to find more and different solutions for the whole country. In the big cities, you also have to deal with what is called the Density Paradox. That is, a high population density enables transport efficiency at the same time as it is hampered by increased population density which leads to increased property prices and congestion. This makes it expensive to have terminals close to where the customers are and that the lower passability that results from the congestion makes it difficult to take full advantage of the potential economies of scale.

Other important issues that are addressed are, of course, which energy sources can be used in the vehicles of the future, delivery points, standardized and circular packaging solutions, autonomous transport solutions, an unbroken cold chain and collaborative solutions. Collaborative solutions are seen by many as a major challenge, but also important in order to further reduce the common climate footprint from the transport sector.

A problem with electrified smaller vehicles for this type of transport, where the goods must be tempered, is that currently extra batteries are required, which means that the total weight of 3,5 tonnes to drive the vehicle on a B driving license becomes a problem. The Government has therefore appointed an inquiry to review the possibilities of being allowed to drive vehicles with a total weight of up to 4250 kg on a B driving license, provided that the vehicle has zero emissions. Infrastructure Minister Tomas Eneroth says; When vehicles weighing up to 3,5 tonnes are electrified, a battery weighing approximately 750 kilos is added, which means that a different type of driving license is required to drive that type of transport. Therefore, we commission the Swedish Transport Agency to investigate whether it would still be possible to drive the vehicle with a B driving license, even if it weighs 4250 kilos. We do not want the electrification to be delayed due to the rules for driving licenses. The assignment must be reported to the Government Offices no later than 15 November 2021.

For the researchers at Chalmers Industriteknik and VTI, it now remains to analyze and compile their material to deliver a report to the Swedish Transport Administration at the end of October. After that, plans are made for continued and in-depth projects in the future. 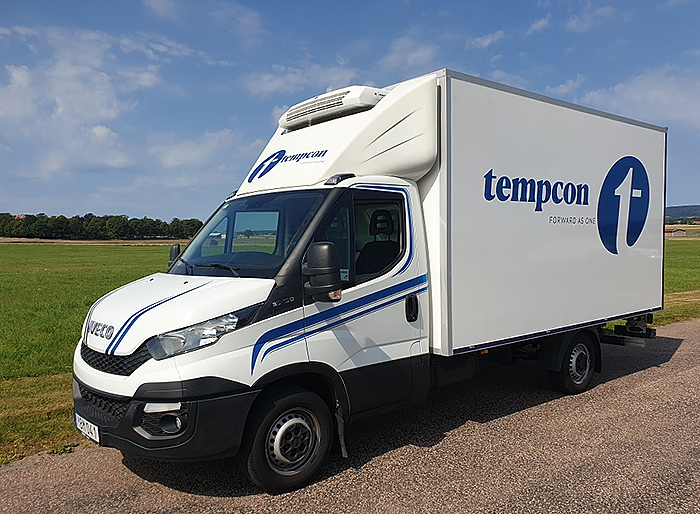