For Tempcon, it is important that we work daily to reduce our environmental footprint. Another step in this work was taken some time ago when a new solar panel system was put into operation at our subsidiary PL Fraktservice’s terminal in Uddevalla.

The energy consumption of the terminal’s refrigeration and freezing systems increases during the summer months when outdoor temperatures increase. This coincides well with the system’s production capacity, which is at its highest during the corresponding period. The system is estimated to deliver 110 000 kWh per year, which covers a large part of the terminal’s needs. At the same time, there is the possibility of doubling the system’s area and thus the production capacity in the future.

This is the third solar panel system within Tempcon. There is already one at Klimat-Transport’s terminal in Helsingborg and one at Widriksson Logistik’s extended terminal in Västberga, Stockholm and more systems are planned. 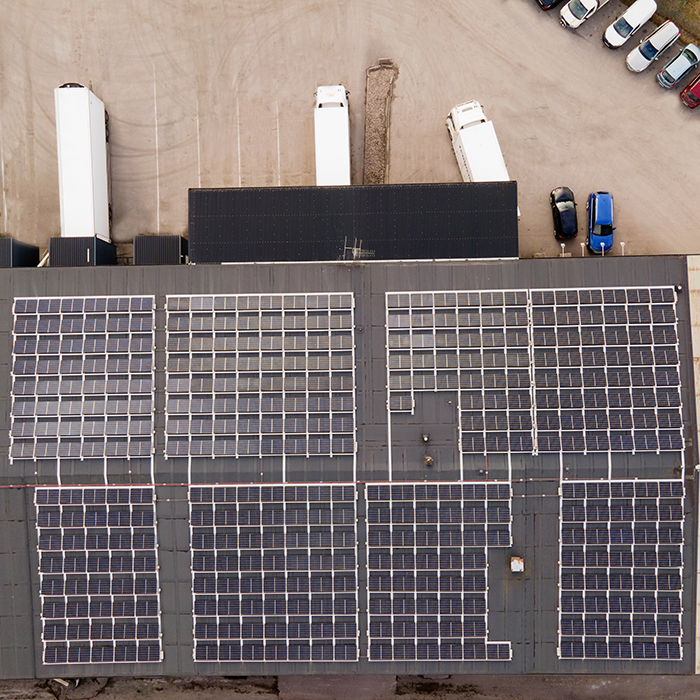