Winter, can be so beautiful but also make some problems for us, not least when we are out driving. Brush off the roof, remove the snow from license plates and lights and do not use fog lights and main lights at the same time. Otherwise, it can be expensive. For us who live in the southern parts of the country, winter with snow, ice and cold has been back and forth this year to say the least. Some days it has been full snow chaos and a few days later you start to feel spring. It is different further north in our long country where the snow is parked for several months ahead. Regardless, it is important to adapt both speed, distance to the car in front of you and maintenance of your vehicle to prevailing weather conditions.

The laziness within us and the Alfons Åberg syndrome Jag ska bara… are many times the reason that we risk both our own lives and vehicles but also those of our fellow road users. Snow and ice on roofs that easily slide down in front of the windshield or slip and drive into vehicles behind, snow, ice and fog on the windows that impair visibility and an unreadable license plate are all things that can lead to hefty fines if you’re careless. It is also important to bear in mind that today’s modern led lights do not generate any heat like the old ones used to and therefore also do not keep the lights clean from snow and ice. You have to do that yourself.

Here is a list of the eight most common sins that we road users commit in winter traffic and what it can cost you as a driver if you are careless.

Too much snow and ice on the roof
It is not automatically punishable to have snow and ice on the roof while driving. But if snow or ice poses a danger to other road users, or to yourself, you can be punished for negligence in traffic. For example, if large chunks of ice break loose, injure others or obscure the view of cars behind. Another danger is wet snow on the roof, which can come off in an accident and slide down onto the windscreen, thus obscuring the view.
Fines: Daily fines that vary in relation to how much you earn or have as a salary. So anything from a few hundred Swedish kronor to tens of thousands of kronor. You can also lose your driver’s license depending on how grossly negligent in traffic you are guilty of.

Too much snow and ice on the lights
The lanterns must be free of snow and ice. On modern cars with LED lighting, the lamps are not heated in the same way as in the past when the snow melted away from the heat from the lamps. Today, it is often required that you regularly clean the lanterns yourself from snow and ice.
Fine amount: Daily fines that vary in relation to how much you earn or have as a salary. So anything from a few hundred Swedish kronor to tens of thousands of kronor. You can also lose your driver’s license depending on how grossly negligent in traffic you are guilty of.

Snow and ice obscuring the license plates
The number plate must be clearly visible while driving. This means that you must not have snow, ice or dirt obscuring numbers and letters. In a snowstorm, the signs can become invisible in just a few hours. You need to actively check on them from time to time.
Fine amount: SEK 1,500.

Fog light at the same time as main lights
Fog lights can be a good addition in heavy rain or snow, but you may only wear fog lights instead of main light – never together. This is something that many people miss and don’t think about.
Fine amount: SEK 500.

Drive too close to the vehicle in front
The three second rule is a perfect rule to follow. In any case, if you want to drive safely or avoid fines. With a distance of three seconds, you usually have time to stop if the car in front of you needs to brake hard or stop. If you drive more than one second behind the vehicle in front, you can be fined, and if you are another half a second closer, you can lose your driver’s license.
Fine amount: One second behind, SEK 2 000. Half a second behind, 2 000 kroner and a suspended driver’s license.

Idling
When the temperature drops and it’s icy and cold outside, it can be tempting to keep the engine running to keep the heat up. But this is not always allowed with a fossil-powered car, depending on where in the country you are. Local rules apply, usually with a maximum idling time of one minute allowed. The police have the right to fine you who violate these regulations.
Fine amount: From a few hundred kroner and up, depending on what the local rules say.

Too much ice and snow on rearview mirrors and windows
Just as with snow and ice on roofs and lights, you must not have too much ice and snow on windows and rear-view mirrors that obscure the view. Then you can be punished for carelessness in traffic.
Fine amount: Daily fines that vary in relation to how much you earn or have as a salary. So anything from a few hundred Swedish kronor to tens of thousands of kronor. You can also lose your driver’s license depending on how grossly negligent in traffic you are guilty of. 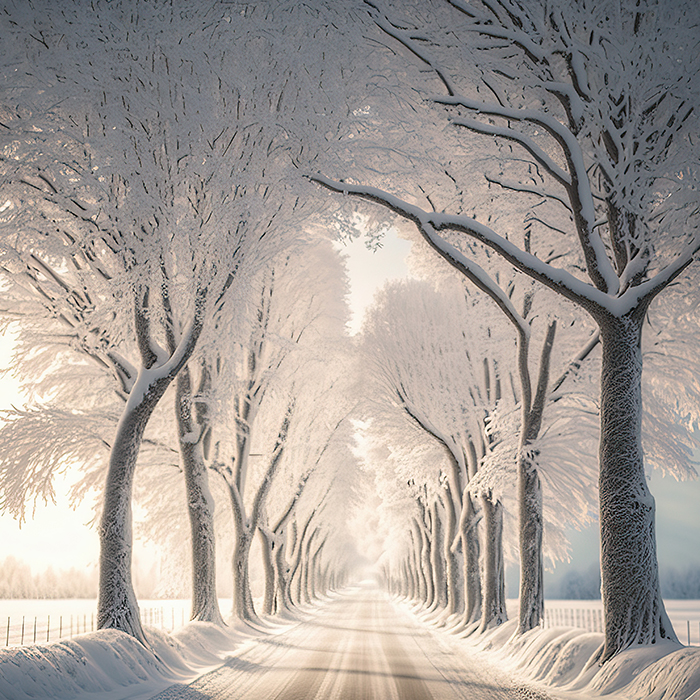