For the past two weeks, we have been daily witnessing the horrific events that are taking place in Ukraine. The need for support and help is great. Several bus companies have taken the initiative for transports that go by the name of the blue-yellow buses, where supplies are transported down to the border between Poland and Ukraine, and then brought mainly fleeing children and women back to Sweden. But for everything to work as smoothly as possible, the necessities need to be in place and here, among other things, Tempcon’s subsidiary Tommy Nordbergh Åkeri’s branch in Ljungby has contributed.

Magnus Paulsson, site manager in Ljungby, received a call last week from Siavosh Derakhti. Derakhti is a social entrepreneur who was named one of the most influential Europeans under 30 years by the Forbes magazine. He was also the only one from civil society that the former American president Barack Obama explicitly wanted to meet during his visit to Sweden in 2013. Through his association UMAF, Young Against Anti-Semitism and Xenophobia, Derakhti has started extensive work in the spirit of the blue-yellow buses.

When we were asked to help, it felt obvious, says Magnus Paulsson. We filled a car with necessities and toys and took it down to Malmö where it was reloaded to buses that would take it further as we can not go out in Europe ourselves with our trucks. A few days later, we received pictures that showed that things really came out, which of course felt good, Paulsson continues. This week, together with our sister company Abbekås Åkeri, we have made sure that additional material has come down to Malmö. 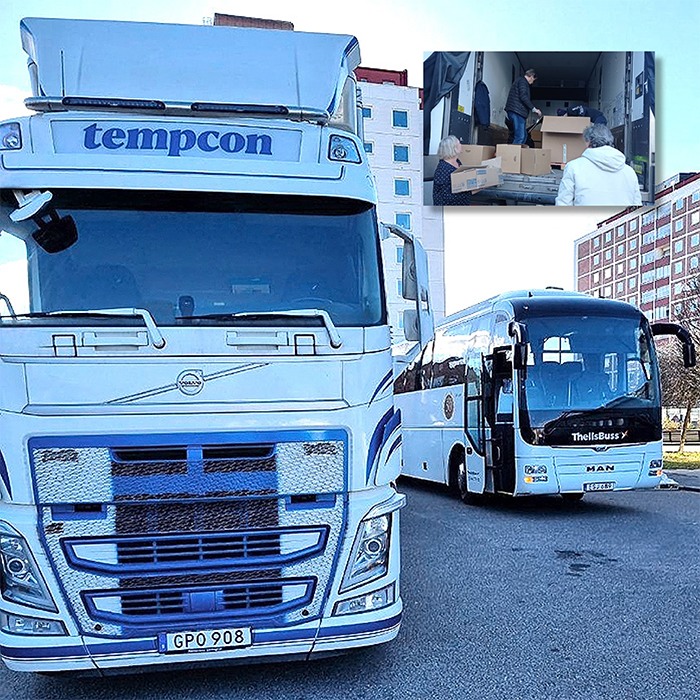