The Tempcon Group is Sweden’s leading Group in temperature-controlled logistics. Now it is also establishing itself in Sweden’s third metropolitan region with proximity to the entire region of Öresund by acquiring Abbekås Åkeri and Abbekås Lager och Logistik.

Abbekås åkeri was founded in 1968 by Åke Andersson and has been run since 2000 by Åke’s son Per-Anders Andersson. The business is focused on transport and storage of food, both dry, chilled and frozen. Since 2016, the company’s well-developed scheduled traffic departs from Kronoslätt’s business park in Staffanstorp. Seven days a week, Stockholm, Västerås, Östergötland and Gothenburg are served by some of the companys 50 trucks. In addition, there are regular departures to Örebro, the rest of Mälardalen, Halland and Småland.

The companies have sales of approximately SEK M 170 and the number of employees amounts to almost 110 people. Through the acquisitions, Tempcon further strengthens its position as the leading supplier of temperate transports and logistics services.

– We have previously had a strong position in two of Sweden’s metropolitan areas and now with the acquisition of Abbekås Åkeri we are also establishing ourselves properly in the southern, third, metropolitan region around Malmö, says Christian Hallberg, CEO of the Tempcon Group. At the same time, we are further strengthening our already well-established network with increased capacity in many locations.

In connection with the acquisition, Per-Anders Andersson retires at the same time as Mikael Nilsson takes on the role of the companies’ CEO. Mikael is also chairman of the Swedish association of road transport companies.

– It feels like a great confidence to have the opportunity to take Abbekås Åkeri, which is a nice family business, to be part of a larger corporate family – with all the new opportunities that it entails, says Mikael Nilsson, incoming CEO of Abbekås Åkeri. Being able to lead the company in this change process will be both challenging and exciting. I am really looking forward to starting this journey with the rest of the staff.

– In my age, it feels good to be able to hand over the company to a new owner who cares about the staff’s best interests and who wants to run the company in the same spirit as I did, says Per-Anders Andersson, former owner of Abbekås Åkeri. Of course it is a big change for me but I have been thinking about this for a few years and realized that it is time to take the step I have now done. Tempcon will be a good owner who will continue to develop the company. 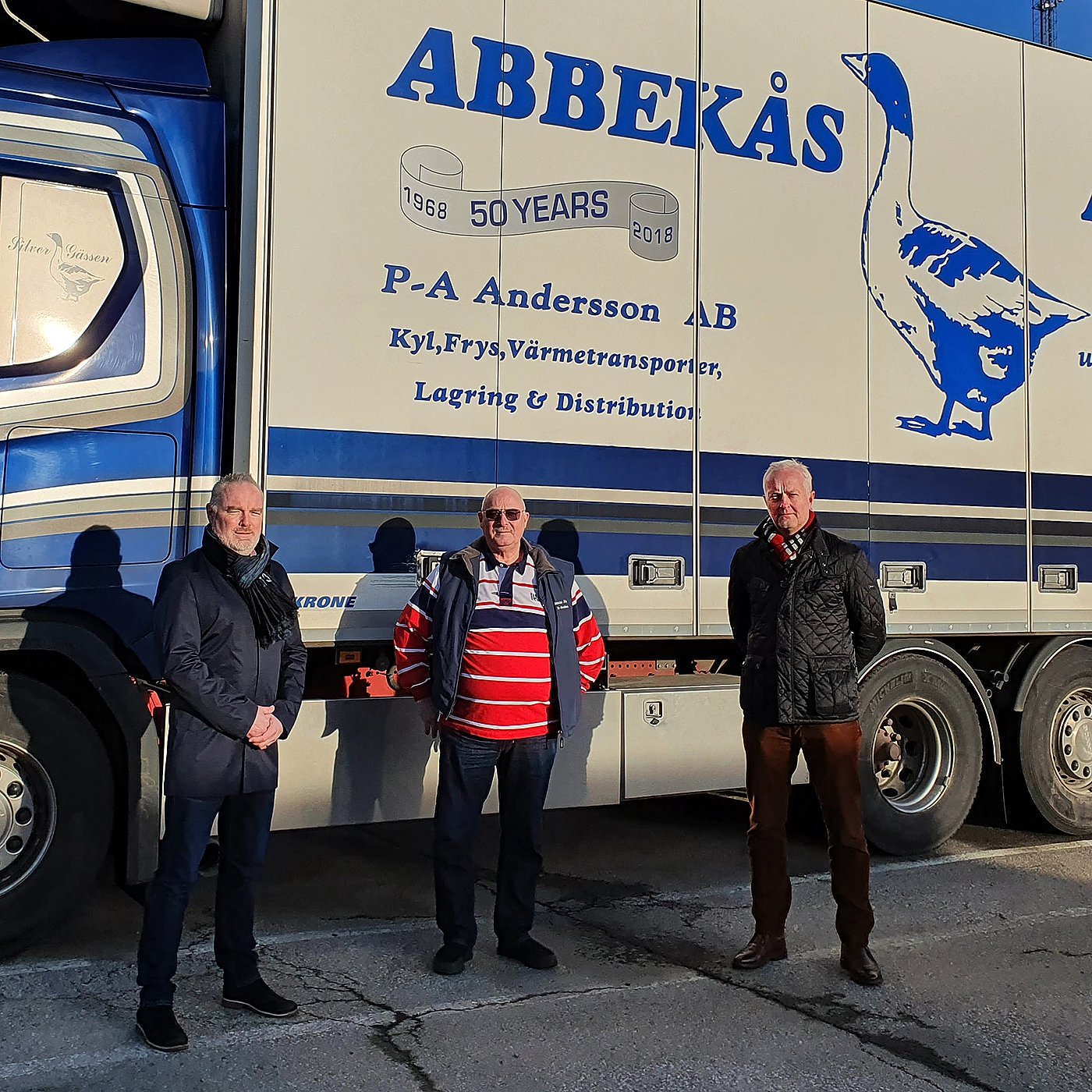