The Tempcon Group is Sweden’s leading group in temperature-controlled logistics. Now they are taking another step on their journey and acquiring Berneco Transport, an established player in the market specializing in temperate transports to and from the BeNeLux.

Berneco was formed on January 1, 1993 by Berne and Mattias Jönsson at home in the basement in Ängelholm. The business specializes in temperate transports of mainly fruit and vegetables from the BeNeLux. The return loads to Europe include various types of paper products. The company works as a freight forwarder and today employs just over 30 trucks in its traffic.

Berneco has a turnover of approximately SEK M 70 and the number of employees is six people. With the acquisition, the Tempcon Group strengthens its position as the leading supplier of temperate transports and can now offer its customers an even wider range of services. With the well-developed distribution network, the Group has today opened up completely new business opportunities with such an established player in the European market as Berneco Transport.

– Through the acquisition of Berneco Transport, taking the Group’s first steps to Europe feels extremely stimulating, says Christian Hallberg, CEO of the Tempcon Group. Our ambition is to be part of the entire value chain from producer to consumer. The company also contributes new, international knowledge to the Group, which strengthens us in our continued work.

– Berneco Transport is our family’s life’s work and to now have the opportunity to let it live on as part of the Tempcon Group feels fantastically good, says Jesper Rosén, CEO of Berneco Transport. We have always had a high level of service and a good quality in our delivery. As part of Tempcon, we now feel that we are securing it for the future.

The business is continued unchanged in the company under the leadership of the previous owners in the second generation, led by the brothers Jesper Rosén and Mattias Jönsson. 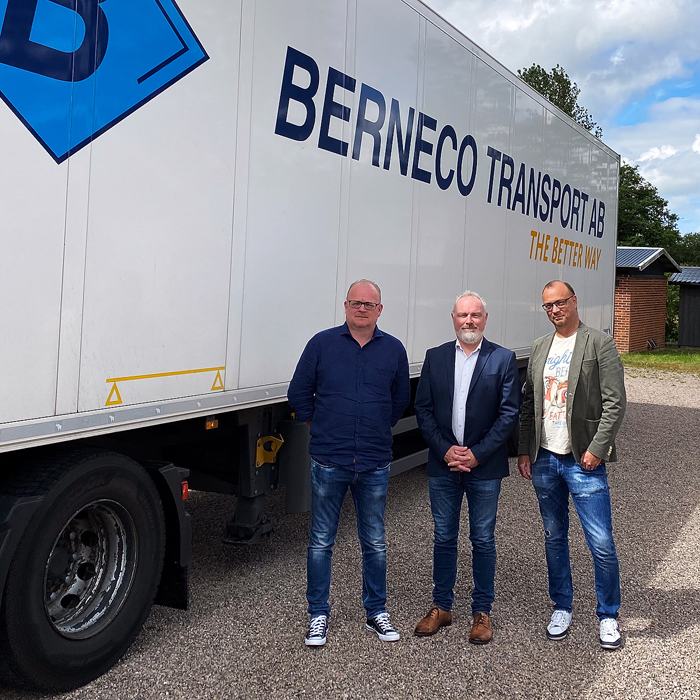