A couple of months ago, we wrote about the EU directive 2018/645. It allows Member States to introduce an exemption that allow drivers with a B driving license to drive light trucks up to 4 250 kg. provided that the extra weight is justified by alternative fuels. The exemption has already been implemented in several EU member states. The Swedish Transport Agency has now submitted its report and they do not want to introduce such an exception in Sweden. Something that can have negative consequences for the development of household transport with reduced climate impact.

In December last year, Minister of Infrastructure Tomas Eneroth commissioned the Swedish Transport Agency to make an impact assessment of what it would mean to introduce the directive in Sweden as well. The background is that a light truck may have a total weight of a maximum of 3 500 kg. to be driven with a B driving license. If such a vehicle is equipped with electric or gas operation, the load capacity decreases by between 30-60 percent due to the weight from the battery and gas tank. This means that if the same amount of goods is to be moved, a corresponding increase in the number of vehicles is required as the lost cargo weight. More vehicles require more staff and create increased congestion. The alternative is to drive with larger vehicles that require C-authorization, but these require more space, which can be a challenge in cramped residential areas, there is also a shortage of C-drivers and it is cost-driving. Buying the heavier electric and gas-powered smaller trucks and letting C-card drivers drive them is also not an option with reference to the lack of drivers.

The Swedish Transport Agency writes in its investigation TGS 2020-11409 that …the specific possibility of the exceptional possibility regarding the drive system’s extra weight and unchanged load capacity in comparison with traditionally driven vehicles can not be verified and checked based on current information… From there, the Swedish Transport Agency start from all the problems they see without devoting much space to the possibilities in their report.

It is both sad and unfortunate for the future development of a fossil-free transport sector at all levels that the Swedish Transport Agency chooses the path it has now chosen which probably, if the Government chooses to follow the conclusions in the Swedish Transport Agency’s report, will delay the switch to fossil-free home transport significantly. When countries such as Austria, Great Britain and Spain and not least our neighboring countries Denmark and Norway (even if they are not an EU country) have already introduced the exemption, it feels extra unfortunate that we in Sweden should lose momentum in this area in the work for a reduced climate impact from the Transport sector.

Here you can read the entire Swedish Transport Agency´s investigation in Swedish. 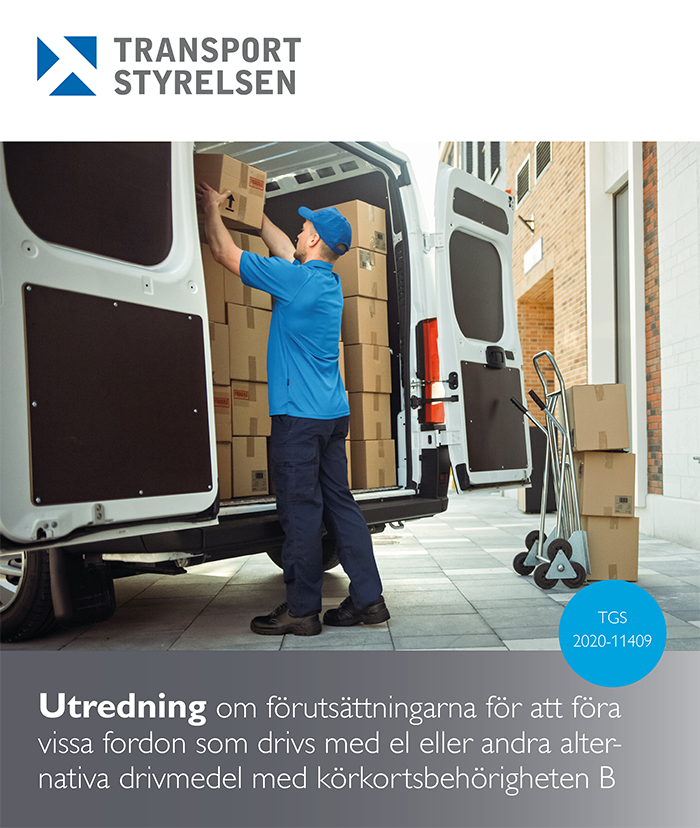